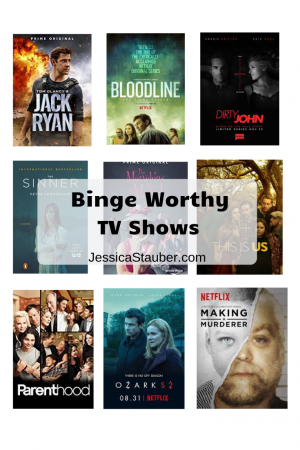 A solid weekend for me consists of some quality couch time and at least 6 straight episodes of a new show.  I just started watching A Million Little Things and I’m giving it some undivided attention this Saturday.  It’s not always easy to find a good series that both Jeremy and I enjoy but we are dedicated and managed to find a few that had us hooked.